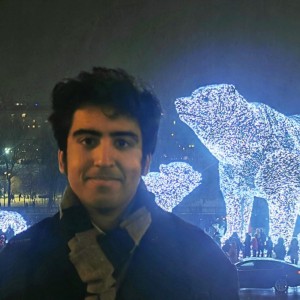 I'm an MSc student at the Moscow Institute of Physics and Technology, majoring in High Energy Physics and the sorta person who'd go "That sounds great in practice, but how's it in theory?"

Stumbling upon the PAE blog helped me a lot in building my motivation and fixing my sights on a career in physics while I was half-heartedly getting through my engineering degree, not knowing if the switch was even possible, and I hope my story will give those of you still on the other side the hope and inspiration to pursue physics.

Loss of interest in Engineering

I suppose just like most of you, I was lead to believe that based on my interests engineering was the best pick (you already know where this is going, don’t you?), and Mechanical especially because “it is the oldest and most general branch, and you can do anything after that,” and that “it’s better to major in engineering at the bachelor’s level and pursue a pure physics track later if you still want it, for practical (read: ₹₹) reasons,” because BSc is, for some reason, looked down upon. You may have heard this a million times, I know, but you will discover that the difference between these two disciplines is large, but don’t worry many of us have bridged the gap, and you can too. I’ll list how and what I did exactly in a bit.

It was around the middle of my second year when I started attending classes for the main core subjects in Mechanical Engineering and my last official maths class and started to get a bit disappointed as I saw my track of education diverge away from those in BSc to the point where there was no overlap. I was missing out on all the things I initially even picked the science stream for, sitting really confused by “my” decisions in an Essentials of Management class, too far from the end and too deep in to quit (for context, I didn’t take my 12th boards too seriously because entrance exams were all the that mattered and I tanked the JEE advanced because I didn’t even have the right motivation to do it. Also, I hated chemistry if we’re being really honest). Anyway, I decided to get through the degree and go on to get a master’s degree in physics, there was no other way. Most of my decisions thereafter were directed towards this goal and here’s briefly what I did:

How I made the switch

I had two “open elective” choices, to pick subjects from any department and so I used my picks to study Introduction to Astronomy and Astrophysics, and Linear Algebra (as preparation for Quantum mechanics). This may or may not be possible for everyone, but if you have any choices – use them all to pick relevant courses. The point was not just to have them on my grade sheet, but to build a rapport with these professors, to seek guidance and help. I asked them about what gaps I’d have in my knowledge and how I could go about fixing them, and even about how I could use my vacation time to get further towards my goals. Building these relationships was a huge help also for when I needed recommendation letters, the first of which I needed for applying to internships in the summer and later my final semester.

For this I wrote emails to professors and labs all over India, the responses were few, and often just to say they didn’t have any work to offer bachelor’s mech engineering student (Stats: About ~40 emails and ~5 letters to labs, 3 positive responses), but anyway, I got offered a paid seat at the FAST-SF Astrophysics Fellowship, a position under a professor in IISER, Pune for a project based on Statistical Mechanics, and Bhabha Atomic Research Centre, Mumbai. My university wouldn’t allow me to leave due to clashing dates with the astrophysics school, and so eventually I ended up interning at BARC for 2 months, working on a materials science project, and later coming back for my final semester for 5 months to their Technical Physics Division. In hindsight, I maybe should have picked the other two, work at BARC is much more applied and experimental, but it worked out extremely well because I lucked out and had amazing supervisors who taught me a lot, backed my interests, and let me co-author two papers with them.

During this time I also began my master’s applications, I had made up my mind to go abroad, and written to universities asking if I was eligible. Most of the rejection letters cited missing modules in my bachelor’s, but I did get accepted to the University of Tübingen, where I didn’t end up going and MIPT, Moscow where I did. The Russian system allows you to freely make a switch over from another field, and it is possible to get great scholarships. As the international office of Moscow State University wrote to me “you could even have a bachelor’s in history.” What matters is being able to cope up with the program you join. I applied to the Moscow Institute of Physics and Technology (mipt.ru) since it is the best in Russia and the former USSR for physics and has one of the world’s top 50 physics programs. I applied through the Open Doors Olympiad (od.globaluni.ru), (there’s another way through Russia.study) which took place in two stages:

I ended up among the top 15 out of I think 1500-1700 applicants to my stream. I won a full scholarship and a governmental stipend that comfortably cover’s my rent, internet and food expenses, and free health insurance for a year. There is a caveat though, almost all the education here is in Russian, very few if any universities offer English programs, and I am not aware of any English physics programs myself. It just so happened, that I used to learn Russian as a hobby, and knew it at a workable level. Every university offers a 1-year certificate course in Russian that you can take before starting your masters, I took this too, to buy some time, rest from engineering and speak with the professor’s to help be prepared, for context, the educational system here is a bit quicker and people already even cover QFT-1,2 (up to loop corrections) in their bachelor’s. I learned “technical Russian” to better understand science and maths, and be able to write about these topics, and when I was convinced with my level, I immediately took the exam and passed this course.

Next, I wrote to the heads of the departments that interested me and was accepted to the Faculty of High Energy Physics, in the Department of General and Applied Physics (ФОПФ/ЛФИ). To finally get accepted and be assigned a lab, I had to, in a stretch of about 2,5 months read a basic maths prerequisites intro, Landau volumes 1 and 2 up to gravity, and Shankar’s Principles of Quantum Mechanics up to the end of Perturbation theory. It was hard, I almost had to do a chapter a day, but I managed somehow, answered the questions I was asked to solve, and got in. I would recommend all of you in engineering to get as far as you can in this order: Landau Volume 1 (Mechanics) → Griffiths’ Electrodynamics → Shankar’s Quantum Mechanics. This should be enough to convince most departments of your motivation. (If you get through to the end David Tong’s lectures, supplemented by Peskin and Schroeder’s textbook on QFT would be the next step, but you can very well do them during your master’s).

What I do now

An individual plan was made for me, a sort of fast track that covers some stuff from bachelor’s, the main stuff from masters, and even some courses the PhD students take. My main courses are Theory of Lie Groups and Lie Algebras, QFT, QED, QCD, Experimental Methods in HEP, Phenomenology in HEP, Statistical Data Analysis using CERN’s root programming language, GR and Cosmology and Physics of Light Quarks and Chiral Dynamics. My thesis work is done in collaboration with CERN’s ATLAS experiment, it is a statistical data analysis and processing task, studying decays and developing tagging techniques.

Well anyway, I wish you’ll the best of luck in your journey, and by the way, if you’re interested in taking the same route, and learn more about opportunities in Russia, please let us know, if enough of you are willing to take a year of Russian (or already know it or do it yourself in India), I could ask my uni’s international office to organize a brief online meet and inform you’ll about the opportunities here.