My Journey into Physics After Engineering – Vaibhav Sharma 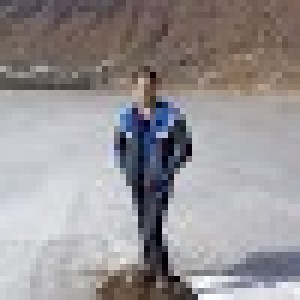 Can I switch from Engineering to Physics?
Is it possible to do a PhD in physics after B. Tech in engineering?
Can I pursue physics after *put any branch* engineering?
These are some of the questions I used to ask 3 years ago. Back then, I couldn’t find a clear answer. But if you are asking a similar question today,

I have found an answer and it is a resounding YES!!! Yes, you can do physics after engineering,

in fact, you can do a Ph.D. in physics after any branch of engineering.

There, I said it, and for some of you, this assurance is probably enough to begin the pursuit. But there is another set of people. These are the ones like me who were from an unsupportive engineering college, a college with an age-old rigid academic system which gives you no freedom of taking courses beyond your engineering branch, no real electives, a physics department that is pretty much dormant, and no real reputation for research anywhere. And it is precisely for these students that I want to share my experience today of transitioning to physics after engineering.

I have been in this uncertain environment and I managed to get out eventually with quite a lot of lucrative physics Ph.D. offers. Consequently, I would be joining the physics Ph.D. program at Cornell University. Believe me, if I can, you can.

Engineering Days and the Grind

It was near the end of my second year at Delhi Technological University (DTU) that I realized that I had already lost most of my interest in mechanical engineering. I instead enjoyed learning physics and continued doing so. At the end of my third year, I had made up my mind that I wanted to become a physicist instead of an engineer. I wanted to get out soon and I had two options in front of me, one was to apply for Ph.D. programs straight away and the other was to instead do a master’s degree In physics and then apply for Ph.D. I chose the former, though I ended up doing the latter.

At this point, I was missing mainly two things that a physics undergraduate has – physics courses and physics research experience (basically everything). Since my college had no provision for taking physics courses in addition to my engineering courses (many colleges do though), the only option was online courses, video lectures, and books. And that’s what I did.

For the research part, again, there was nothing in my college. So I started applying to internship programs for the summer, both via official portals in top Indian institutes and by mailing professors. I was rejected by almost all places (a combination of lack of physics coursework, not enough marks, and unclear research interests). Finally, some luck landed my way when I was accepted by a professor at IISER, Bhopal to work during the summer. I ended up spending my summer there, had a great experience, and came back even more excited to pursue physics. [Read this post in our blog about How to get Internships by Mailing profs?]

At this point, on my CV, all I had was a bunch of online physics courses, one solitary 2-month physics research experience (with no real understanding of different research areas in physics), some projects in mechanical engineering, and fairly decent undergrad marks. I was naïve, and uncertain whether I can/should apply for Ph.D. or not. I decided to take the GRE and TOEFL exams nonetheless and was, fortunately, able to do pretty well on all of them (general GRE, physics GRE both are needed). Since schools in the US allow B. Tech students to apply for PhDs, I figured I should apply, especially with good scores in GREs, and thought maybe I could do a Ph.D. in physics straight after B. tech engineering.

Long story short, I got rejected from every school. Why? Well, plenty of reasons. Needing 3 letters of recommendations, I got two from physics professors at IISER, and one from my engineering project professor. My own college professor’s one was the weakest (I read the content), and he didn’t even send it to many places. Also, unlike master’s programs/other disciplines, top physics Ph.D. programs are more stringent and do not care much about GRE scores. The key thing is physics coursework and physics research. I also wasn’t mature enough in deciding what area of physics I was really interested in.

M.Sc Physics – A Shot in the Arm

Thankfully, I had already made a backup plan of pursuing a master’s degree in physics from India, in case things do not work out. I gave the IIT JAM exam and was able to do well enough (courtesy all that physics I studied myself) to be accepted to IIT Bombay’s MSc physics program.

This, in my opinion, turned out to be the best decision I took. The academic experience at IIT Bombay was a polar opposite to what I experienced in DTU. Not only were the physics professors awesome, but there were plenty of opportunities to get involved in good research. I took a variety of courses in physics, was allowed to freely choose courses, learned a lot from some awesome physicists, gained research experience in both experimental and theoretical physics (astrophysics, condensed matter, particle physics), collaborated and interacted with professors both from India and abroad of different institutions including a foreign internship, and learned more physics than I could imagine. It was here I realized how less physics I knew and how much a physics degree at a good place can teach you.

This time I applied to the top Ph.D. programs in the US again. Not only did I know more physics, but I was also better prepared, had actual real physics coursework (good GPA) and research experience in hand, and amazing LORs from IIT profs. Needless to say, I was accepted to several places with full fellowship (Cornell, UCLA, Penn, John Hopkins, Bristol (UK)) among which I accepted Cornell’s offer for doing a Ph.D. in physics.

So this was my journey, going into physics after engineering. In hindsight, I can say that after doing a master’s degree, I had much better preparation in starting a Ph.D. in physics after engineering than I would have if I had got in straight after B. tech. I feel that it is important to gain sufficient experience in physics research at the very least, and physics coursework before one should even think of beginning a Ph.D. in physics. But be assured, because physics after engineering, far from being impossible, is actually quite doable, provided the right steps are taken and earnest effort is put in.
If you have more questions, you can reach me here in comments or on
Facebook: Vaibhav Sharma

Also, do visit all other useful content of our blog Physics after Engineering.
Below is a page with the link for our WhatsApp group with 500+ members all of whom are engineers who actively discuss and help each other out in entering the physics stream after engineering.
https://physicsafterengineering.blogspot.com/p/blog-page.html

Mr. Vaibhav Sharma is currently pursuing his Ph.D. in the prestigious Cornell University, an ivy league university which is the 14th best university in the world and is among the top 10 universities in the USA!!
The fact that he once was an engineering grad like the readers of the blog should give us all enough hope and assurance to pursue our passion for physics after engineering.

22 thoughts on “My Journey into Physics After Engineering – Vaibhav Sharma”